Infertility: When you should see your Doctor 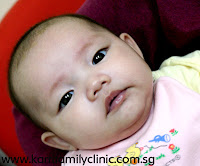 "Doc, we've been trying for a baby for 2 years now, is it time for us to do some investigations?

The problem with infertility in Singapore is common. I am sure everyone knows of some couple who have been having difficulties trying to conceive. The subject is sometimes a bit of a taboo and it's one of those "What I really want to know but am too embarassed to ask the Doctor" kind of questions.

First of all let's look at some numbers:
Bear in mind that fertility rates start dropping after the age of 35. So the older you get, the harder it is to conceive.

So we advise that most couples might want to seek professional help after trying for 2 years or sooner if the lady is above 35 years of age.

How do I get pregnant?

Now, it may be quite obvious to most people, but I have come across couples who have been "trying" to conceive for some time who after some questioning admitted that they are only having sex once every 3 months because of their work involved lots of travelling. So, the first thing if you want to have a baby is that you need to have sex AND you need to do it as frequently as 2 - 3 times a week.

The woman releases one egg (commonly) per menstrual cycle and the egg is released at around day 14 of a 28 day cycle. So the most fertile period is the few days before and after day 14. Day 14 is the 14th day after the first day of menses. When the eggs are being released, the body temperature may rise a little and there is more vaginal discharge, some women may even experience abdominal pain.

It is good to make sure that the man takes some measures to optimise their sperm quality and sperm count. One thing to note is that it takes about 3 days to get maximal sperm count so one thing would be fathers can to is to abstain from ejaculating for 3 days. There are some other factors you might want to note which are discussed in an earlier Blog.

NOTE: Even if everything is working and you do it at the right time, your chances of conceiving is still only about 20%!

3 essential things need to happen
What can go wrong?

The Major causes of Infertility are:
These are the main causes. But other less common conditions may also cause problems. For instance, the couple may have problems having sex eg impotence. Psychological factors such as stress and anxiety also play a role which is why (it is commonly said) that most pregnancies occur when the couple goes on holidays.

What you should do

If you and your spouse have been trying for 2 years and have not conceived, then there are few simple things that your Family Doctor can do for you before you visit the specialist.

This is probably the simplest first step because it is easy to demonstrate if the sperms are viable by collecting a semen sample and sending it to the lab. If the semen is normal than we immediately know that the problem lies with the lady.

Sometimes certain drugs taken for things like high blood pressure can cause impotence and this may be the cause of the failure to conceive. A physical examination may also reveal if there is anything wrong with the testes or the penis.

There are some simple things that can be done first by your Family Doctor. First thing is to find out if there is monthly ovulation. This can be done by taking note of the history and nature of periods. If the periods are irregular, blood tests can be done to determine if there are any hormonal problems. Sometimes, infection of the cervix can cause infertility and this is easily treated with antibiotics. I had one patient who had hypothyroidism who became pregnant when she started taking thyroid medications! If it is demonstrated that there is a failure to ovulate, then the family doctor may prescribe some oral medications to stimulate ovulation.

After the initial batch of tests, if no cause if found then the lady will need to be referred to more specialized imaging tests to look at problems such as blockage of the tubes or abnormalities in the uterus.

Currently, about 60% of couples who seek specialised medical help will conceive. In 10%-20% of infertile couples, all the tests will fail to demonstrate a reason for the infertility ie the Doctors don't know why they can't conceive. However, please don't ever lose hope. I have come across many couples who have been trying for years and have gone through many fertility programs without success but who fall pregnant once they simply stopped trying too hard! There is always hope as long as lady has not reached menopause.

Do you provide fertility checks for male & female at your clinic?

We can do a few basic tests.

Depends on the history. She might need hormonal levels checked.