Clinic Hours during the Holidays

Our clinic will be closed from Hari Raya Haji, 20th Dec till Christmas Day, 25th Dec 2007. We will resume operations on 26th December as usual.

Happy Holidays!
Posted by Dr Leslie at 4:53 AM No comments: 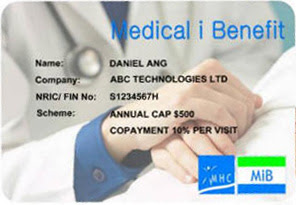 A very warm welcome to holders of MHC-MiB cards!

We look forward to providing for the healthcare needs for your whole family! You can learn more about our clinic by clicking here

Other Health Benefits cards that we accept:

Gout: Please be careful during the Festive Period!

It's the end of the year and the time for parties and feasting! I don't think I would be doing my duty as your Family Doctor if I d0 not gently remind our patients who may be suffering from gout to remember to eat in moderation as all that rich food and alcohol may just trigger another gout attack!

Gout is one of the oldest disorders known to humans. Those suffering from gout may console themselves that they are in the same company as some of the greatest men in history, namely Alexander the Great, Kublai Khan, Michelangelo, Martin Luther, Isaac Newton and Henry VIII.

Gout occurs because of the build up of uric acid crystals accumulating in the joints, usually of the big toe, the hands and some other large joints. Uric acid is a by-product of purines (a protein) and it is the kidney's job to get rid of excess uric acid by passing it out through the urine. If you suffer from gout and there is an excessive overload of uric acid in the blood which the kidneys cannot get rid of fast enough, uric acid crystals will start to form which are then deposited in the joints. And that is when you limp into the clinic with excruciating pain.

Like many diseases, it is hard to say who will or will not get gout. But there are a few factors which puts you on a higher risk of developing the disease. It seems to run in families and occurs more often in men then women. It is also associated with obesity and high blood pressure. Just because you indulge in rich food and alcohol does NOT necessarily mean that you are going to develop gout. However, if you do suffer from gout, then the rich food and alcohol may trigger another attack.

What are the triggers?

What should I do?

During an acute attack, you should rest in bed with a cold compress. Your GP can also prescribe some painkillers or even give you an injection if the pain is severe.

For most people gout occurs occasionally. So aside from eating purine rich food in moderation, there is no need for regular medications. Weight loss and drinking lots of water do help to prevent attacks. However, if you suffer from several attacks every year, you should ask your doctor about preventive medications. Repeated gout attacks can affect the joints in the long term.

A word on Tofu

There is a little bit of confusion over whether people who suffer from gout should take tofu or not. Beans are moderately high in purines but one study has suggested that though tofu does raise the uric acid levels a little, the effects are negligible.(1) Based on the finding, my opinion is that tofu may be a suitable protein alternative between attacks, but is best still avoided during an acute attack.